Can you imagine just waking up one day and the first thought that comes to you is that you are recognized a pop culture icon? Now take it a step further and sprint with this mind-boggling concept in high heels.

The life of the literary legend Candace Bushnell up until now is well-documented. As the epicenter of one of the most popular television series in history, “Sex and the City” fans are and will forever be the HBO bread that was buttered ever so sweetly by the smooth essence of the writer.

Bushnell’s versatility as a public figure didn’t only inspire a franchise, but it emboldened an entire generation of women to basically stand up for what makes them happy.  If not for her portfolio of bold work, there would be no change in old-world perspectives. It only proves how it can take one brave writer with powerful insight to create changes in an uptight system.

Raised in the suburbs of Connecticut living a storybook life, she took on the challenge of being a prominent magazine freelancer with drastic yet humorous works about modern-day dating. From her known column “Sex and the City” under the New York Observer that shifted into a popular cable tv show, it is then followed by box office hits and even a subsequent successful series, The Carrie Diaries.

Her road to success continued to skyrocket with her beloved Sex, Success, and Sensibility program as a host and performing in her new one-woman show, “Is There Still Sex in the City?”. Cherished for her free expression and adored for her vision, Bushnell is respected around the world. And now as 2023 approaches, the queen of ‘SATC’ is out to tell the world she’s not done yet.

In an exclusive interview with Gurus Magazine, we take an intimate look at her latest reflections and engaging philosophies that are shaping the lives of women who proudly embrace her and refer to her as the ultimate leading lady. 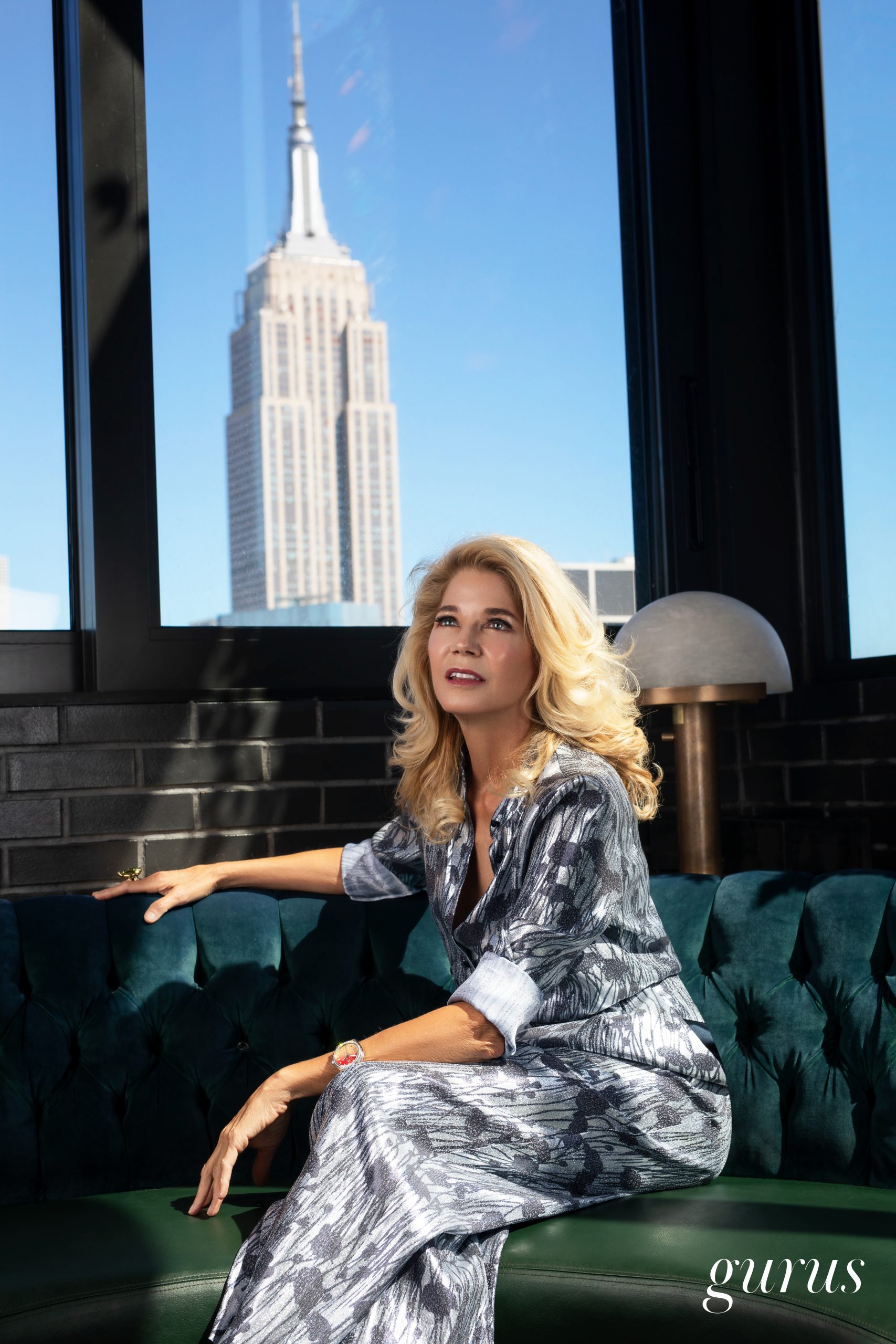 GURUS: You have always been known to dish out good advice. From books to lectures on YouTube and even your social media posts, you always come from such a truthful place.

GURUS: What is something that people don’t know about you that genuinely inspired you to be Candace Bushnell?

CB: I was always a little bit of an outlier, the weird, funny kid. At a young age already living in the ‘60s, I was aware of how sexism has been prevalent, from how girls are treated as opposed to boys. Mostly on the unfair side. I really could not accept it, which angered me so much to the point I questioned why boys exist! I just knew I had to tell women to break free – break free of the patriarchy.

GURUS: You certainly did do something, and you have not stopped! Your career is such an extension of your personal philosophy, and always up to something good.

CB: I’m always working on my brand, whatever that is. And that’s what everybody does these days. 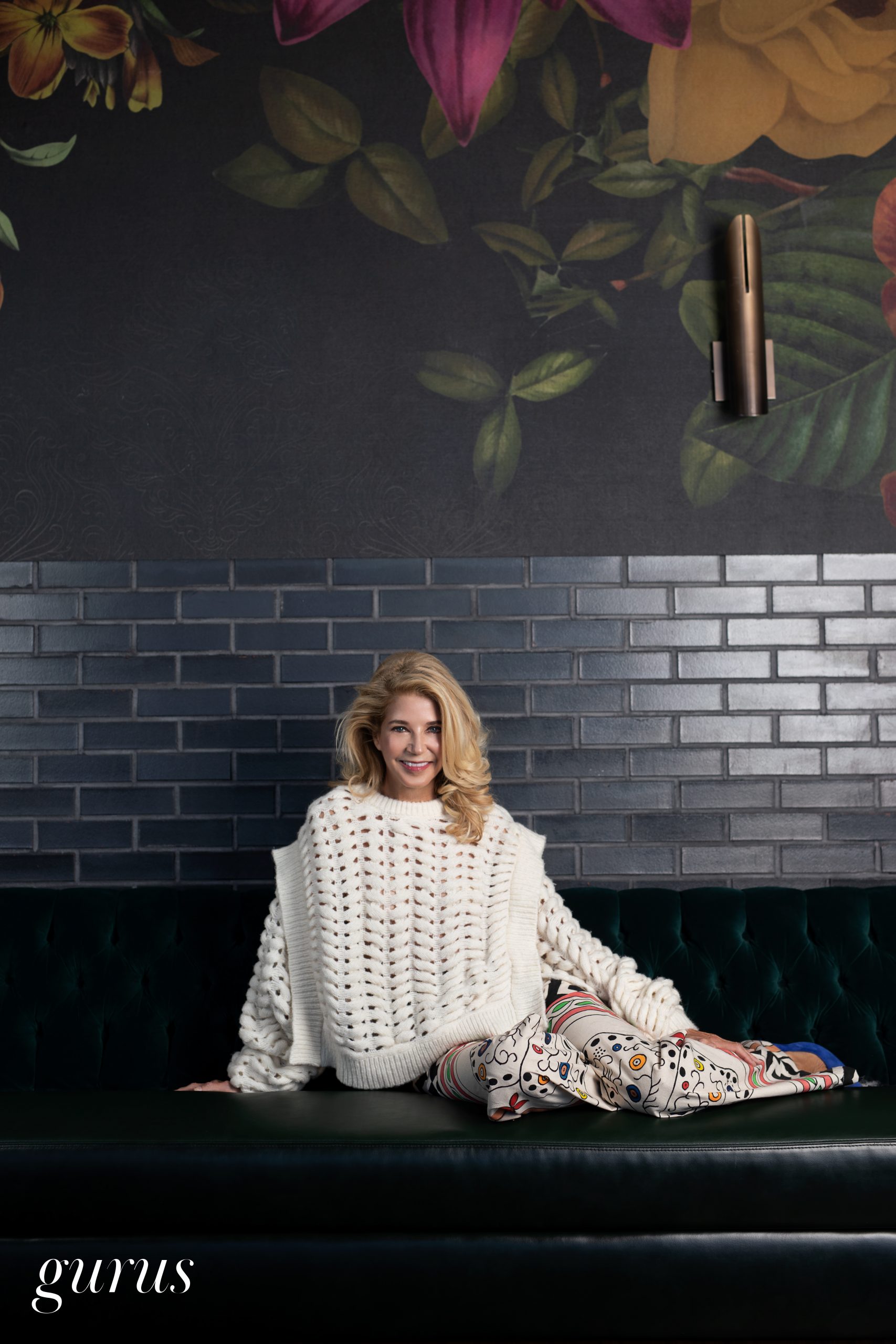 GURUS: Social media has made everyone a branding expert. Interestingly enough, it makes everyone equal out on the playing field with more women coming into their own on platforms.

CB: What’s interesting about social media is that it is the one place where women can make money actually. With entrepreneurs, the old boys club still dominates only to hire other men with all the money being made and hedge funds and banking, etc. In those places, women aren’t welcome.

With social media, there’s no gatekeeper stopping women. It’s a place where women can speak directly to their audience. And when they do, we witness exactly how successful they can be. 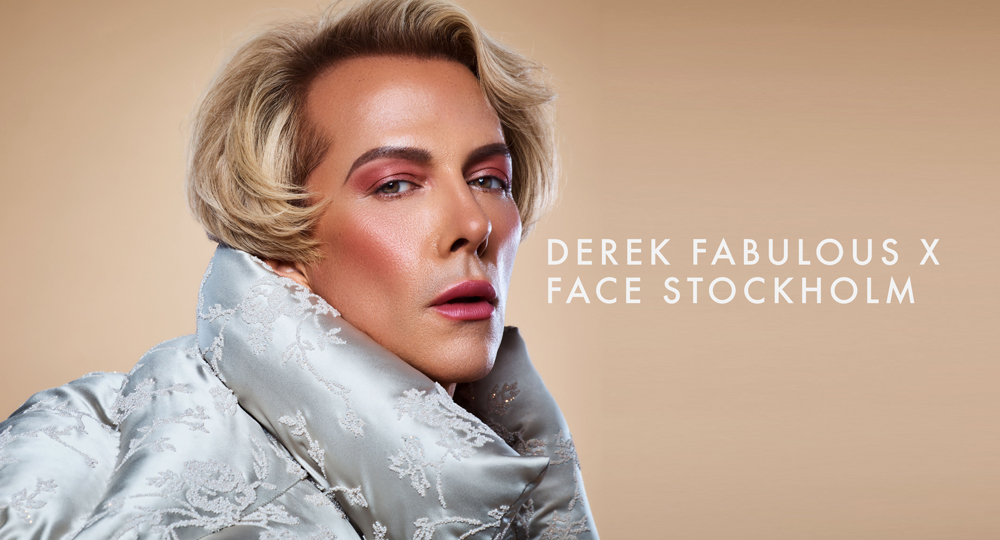 GURUS: Speaking about empowering females, I know a conversation cannot go by without a “SATC” reference. With your vision, you’ve taken the gears over your work. What would’ve happened if you were in charge of casting actors on your hit show? Do you have a list of celebrities in mind?

CB: I couldn’t even begin to answer that. But for sure, I would’ve played Carrie Bradshaw if we redid the show because it would make absolute sense. But I’d focus on Carrie taking on different adventures and learning about different people every week just like in the book than being with her 3 girlfriends.

GURUS: “SATC” fans often say the clothes of the show are just as important. Do you feel it would have been a different fact if Patricia Field was not the costume designer?

CB: I can’t answer this question nor speculate because I just don’t know how people from the outside look at the show. But I will say that she really has a very particular eye when working on TV. That is a gift, and you can’t really copy it. I see when I look at “Emily in Paris,” which Patricia is in charge of the costumes. And then I look at “And Just Like That,” without Patricia on board. And I do feel like the costumes are better on “Emily in Paris.” Overall, Patricia has such an eye and a grasp for how things should look on TV. It’s really a gift, a unique one.

GURUS: So, it’s almost looking at the Vincent Van Gogh painting vs. buying the poster of Vincent Van Gogh in the gift shop on the way out of the museum. You are the real thing that has sincerely changed many people’s lives. You’re an admired guru. What’s a guru to you?

CB: I think a guru is somebody who is great at what they do. They inspire others, and probably meditate? No kidding, who has time to meditate?! I know people who do it and it’s supposed to be such a great thing.

EDITOR’S NOTE:
In celebrating the launch of our one-year anniversary issue, I would like to extend my personal gratitude to the following individuals for making all of this happen. To Marie Assante, Katie Alden, and Sameer Qureshi of Somewhere Nowhere New York for opening up their venue as the perfect place to shoot New York’s IT Girl, and to fashion icon Nicole Miller for being the amazing connector who paved the way for this relationship to happen. To my fabulous team of creatives, I am beholden to each one of you for making this dream shoot come to life. It was a sweet and unexpected twist that I didn’t expect to happen after one year. Who knew that one day, we would be producing an epic shoot with the cultural juggernaut and literary icon, Candace Bushnell at the top of New York City, dancing to Abba in Helen Yarmak furs?  With this, I would like to close this note with a heart full of love and gratitude for everyone involved. Special thanks are given to our supporters, team and contributors who keep Gurus Magazine moving forward. – Derek Warburton, Editor-in-Chief, 2022. 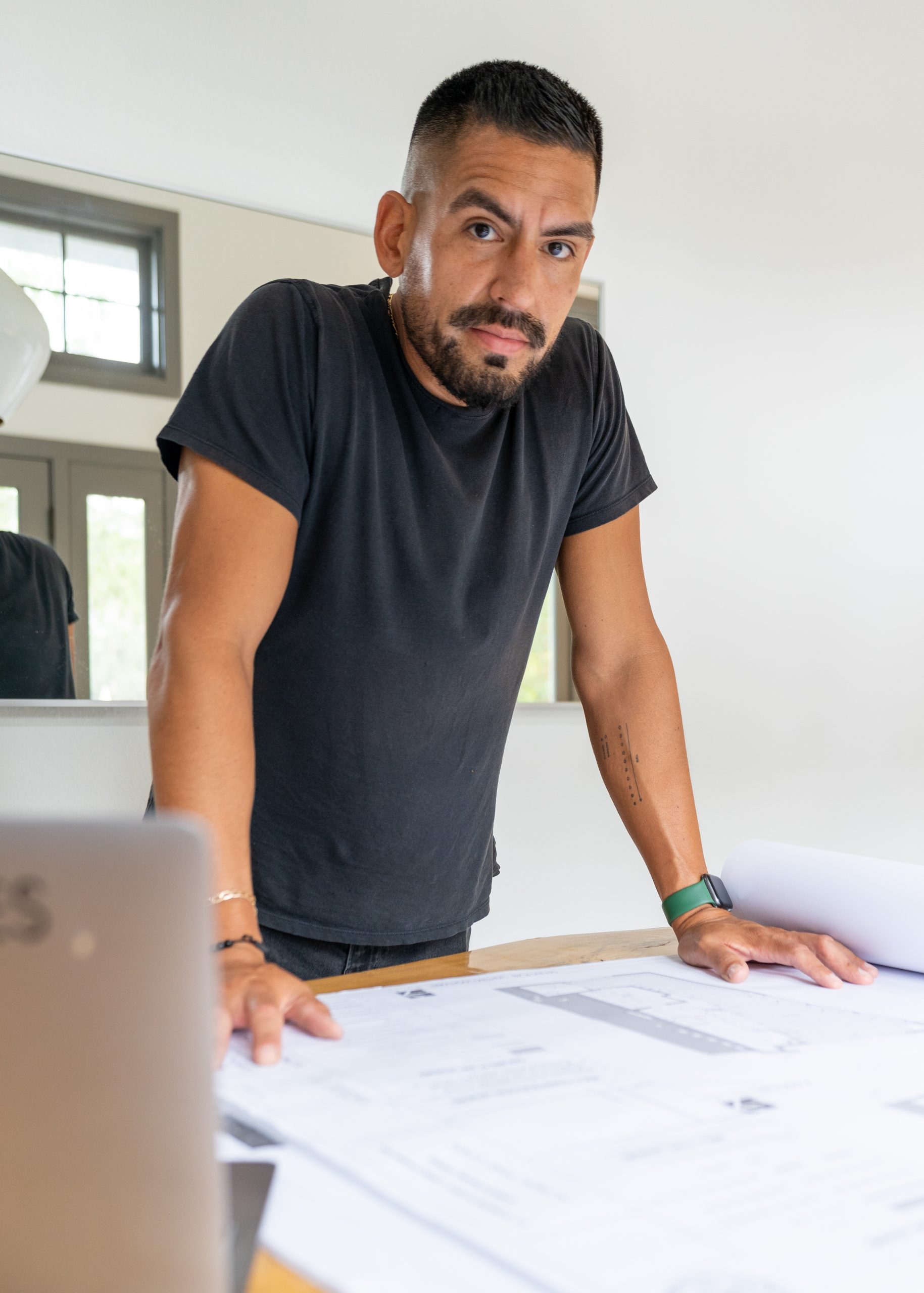