Courtney Perna: From Vegas Showgirl To The Digital Diva Of Daytime Talk

At a young age, Courtney Perna knew she wanted a career outside the box. However, it wasn’t an overnight shift to get to where she is today. From growing up in metropolitan Detroit to attending Michigan State University as a chemical engineering major, it started when one of her former high school teachers suggested journalism. Print may not have been her cup of tea, but when she discovered video editing, that was her “Eureka” moment.

Since then, Perna has become an Emmy award-winning lifestyle TV host and producer. She works on-air and behind-the-scenes with popular networks like CBS, FOX, Fox Sports, and E! Entertainment Television. While interviewing some of your favorite, well-known celebrities, she was also an entertainer of a different medium — a Las Vegas showgirl.

“Getting that job was quite an accident, actually,” the Michigan native shares momentarily before telling the story of her and her grandmother’s night out to see the Tropicana’s classic “Les Folies Bergère” show while on vacation. She smiles, “My Nano nudged me and said, ‘Look at that girl, she’s got a big butt. You could be in this show!’” 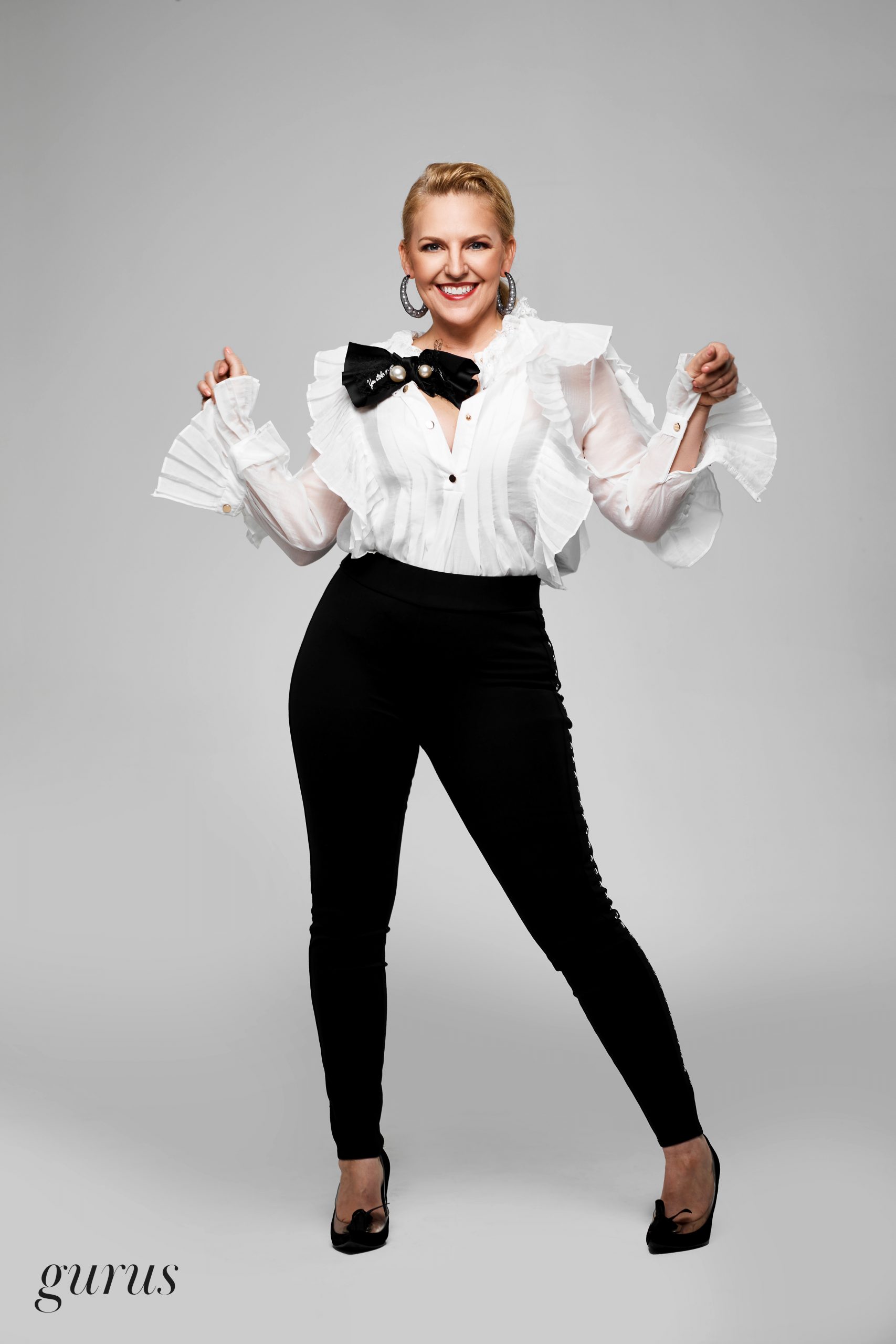 At that moment, Perna decided to give it a shot. When she landed an audition, there was no doubt the production managers were impressed with her ability to pick up choreography quickly. Especially being trained in gymnastics and dance, she was one step closer already. However, she wasn’t offered a job since no dancer roles were open. But that changed after demonstrating her acrobatic prowess.

Here comes another big break for the professional dancer and acrobat – landing the role of Ariel, aka The Little Mermaid at Tokyo DisneySea. Bedazzled in heavily-sequined headdresses and thongs, plus doing backflips in high heels, Perna performed in the show for about a year and even joined an all-female aerial-acrobat troupe along the way. To her luck, Disney was looking to fill roles at two parks in Tokyo.

“They heard I was an aerialist, and they just had to put a red wig on me. When I was ‘swimming’ 30 feet in the air, I looked like Ariel,” she expressed. “So, they hung me by a crotch harness, strapped a huge fin to my feet, and I had to lip sync in Japanese. It was a gorgeous show.”

Although Perna was having the time of her life, her passion for television and media was more vital than ever. “I was 25 at this point and knew the longer I waited to get back into TV, the tougher it would be.” She says. “I had to decide if I wanted to perform my whole life, which I didn’t think had longevity. Especially since I kept being put on weight notice. While in ‘Les Folies Bergère,’ I was told, ‘If you don’t lose three pounds, you could lose your contract.’ I was 118 pounds, and they wanted me at 115. But I had a six-pack!” From there, Perna decided she was done being weight-shamed and pushed through with her plans to go back to TV. 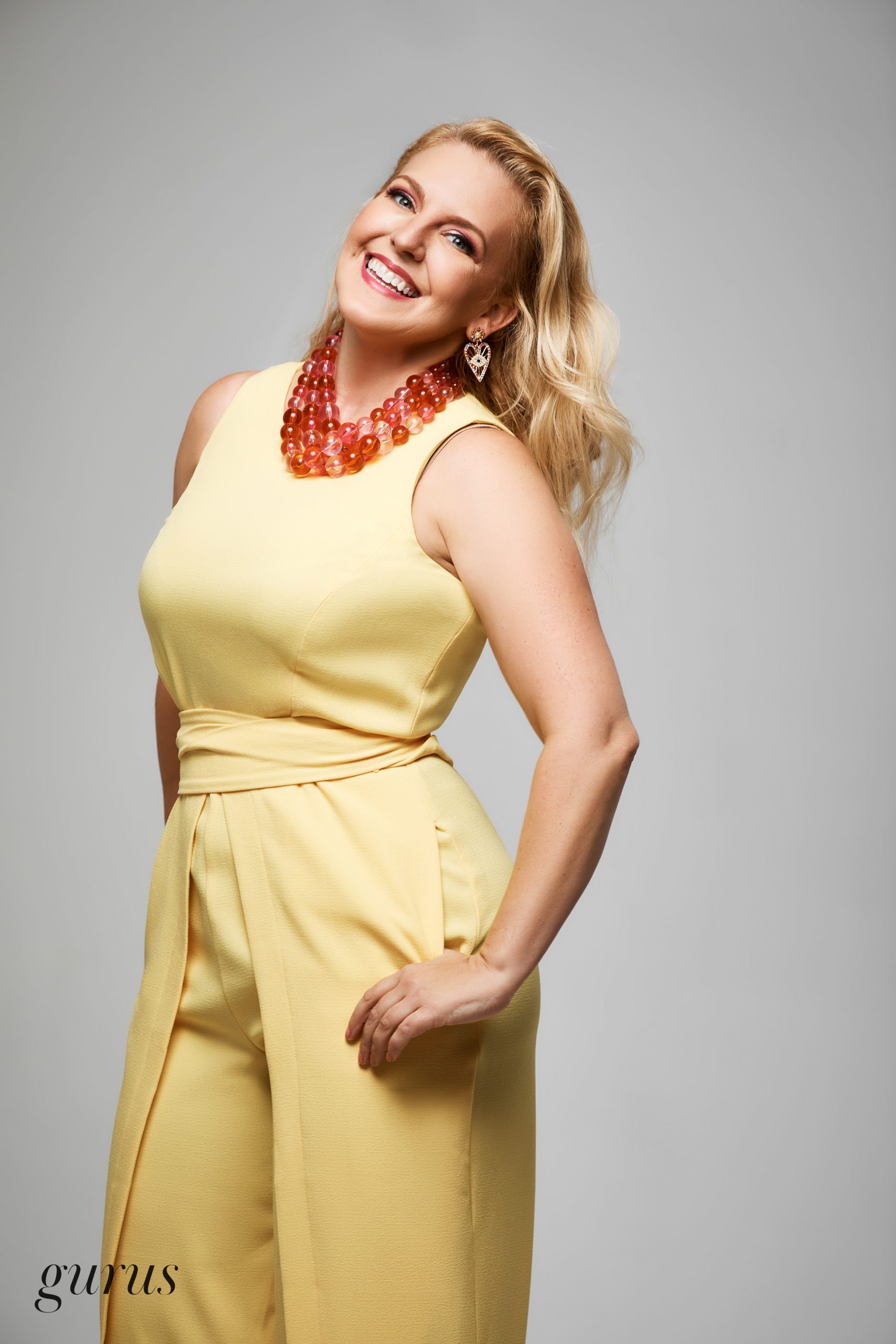 From Under the Sea to E!

Getting back into the media industry was a challenge for the now-former acrobat. She first worked freelance gigs for free because she needed content for her demo reel. She also did some convention booth modeling. Yet, she was determined to get back on track, stating, “I knew I was a good interviewer. I could guide an interview and produce content very well.” One of her many interviews was with a high-end VIP host in Las Vegas, who was interviewed by E! News shortly after.

The VIP host was asked if he knew a local interviewer capable of producing and doing great behind-the-scenes work. He put Perna in contact with them, raving how she was one of the best interviewers he’d ever had. Not long after, Perna freelanced for E! Entertainment and has been doing so since roughly 2006. “Talk about the dream,” Perna beams. “That legitimized me. From there, I could book more paying gigs, but that one interview changed my life because he was able to pass me along. E! has been great.”

Where the Best Conversations Happen

Beyond the red carpet, Perna is taking her presence to a new form of media: streaming. Her latest show, which she built from the ground up, “Brunch with Courtney Perna”, is available on Apple TV, ROKU, Amazon Fire TV, and the KP Media TV web app.

“This show is a new challenge for me,” Perna shares. “I thought I knew how to do this because I have been working in broadcast for 20-plus years. But the internet is the wild west, which is great for someone like me who has the guts to grab it by the horns.”

The former Disney Princess explains that “Brunch with Courtney Perna” was created to give women a platform to empower each other. “We’re done competing!” Perna exclaims, “My show is female-positive, but it’s not just for women and women-identifying people — it’s for our allies too.” When speaking more about the show’s title, she laughs, “Brunch is where the best conversations happen. Especially when you’re two mimosas deep,” she laughs. “You feel like you can exhale and be your authentic self. That’s why the theme is brunch: it’s not necessarily about food. It’s about the fun, and sometimes difficult, conversations at that table.” 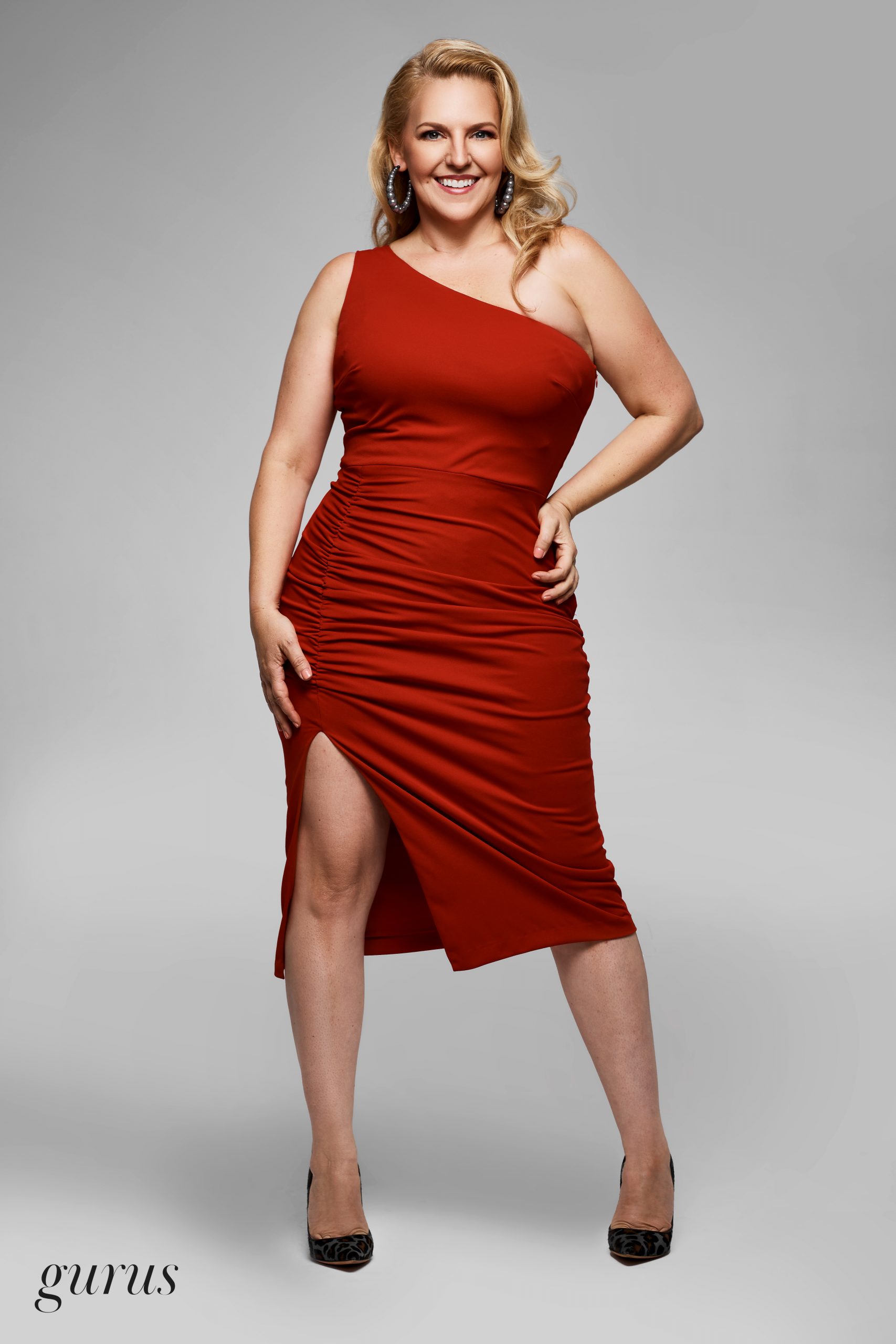 Empowering Others through Dame Good Media

“Brunch with Courtney Perna” is now on its second season — and she doesn’t plan on stopping there. While quickly becoming known as the Digital Daytime Diva, Perna is also building a streaming network of female-positive content called Dame Good, where her show will be the anchor. “It’s going to be an eclectic mix of shows, content, and creators,” Perna explains. “We’re trying to compete against the big networks like ABC and Discovery, so I want to be able to help content creators amplify their voice and lift their production value a little bit. Then, we can all uplift each other and make our way.”

Dame Good is set to be up and running by the end of the year on Roku, Apple TV, Amazon Fire TV, Android/Apple devices, and Google and Apple Podcasts.