Only at 16, Luke Gialanella’s interests are far from what you’d expect!

From writing, history, politics, and even poetry, he’s the definition of proof that the apple doesn’t fall far from the tree. As the son of Modern Luxury’s Christopher Gialanella, Luke’s drive and ambition reflects in the advocacies he is passionate about through raising awareness in his generation and future.

After watching the 2016 presidential election turnout, he decided it was time to make his mark. Luke’s curiosity and thirst for knowledge of US history and governance impacted him at a young age. This led him to take initiative to teach young students, such as himself, about the importance of having a substantial civics education. His initiative was then brought to the foundation of GOVLEARN.

GOVLEARN Education, Inc. is a non-profit organization committed to providing easily accessible & nonpartisan government & politics education to elementary and middle school students. This organization also believes that everyone should learn how government works at a young age so that they make smart, more informed decisions when they get older.

Initially, it all began with a website and YouTube channel that Luke spearheaded by talking about his evident love of government and politics. Furthermore, he shares his experiences participating in mock government, Model UN, and debate programs outside school.

Due to his industrious efforts in his teenage years, this leads us to why Luke Gialanella is the first featured in our new series: Gurus Junior.

Thank you for taking part in this! Could you tell us a bit more about yourself?

Thank you so much for having me! My name is Luke Gialanella. I’m 16 years old and an incoming senior from Los Angeles, California. I am a huge history buff who loves studying politics and international relations. I’m also a prolific writer, and I enjoy writing poetry and short stories in my free time.

If you were a teacher, What would be a subject in school that you think should be in the curriculum, and how would you teach it?

If I were a teacher, I’d strongly advocate for civics and government to be implemented in school curriculums since there is an absolute deficiency in civic education in the United States today. Not only that, but it is one of the primary reasons our voter turnout rates are far lower than in many other countries (especially those with civics education in school curriculums). However, I believe politics is a tough topic to teach students, especially younger ones.  So, educators must take a unique approach for the youth to comprehend easily.

With GOVLEARN, I’ve tried to make a typically taboo subject easily accessible for all, especially those of younger ages. This includes simulations and hands-on activities that fully immerse students in the issue. For instance, I simulated a presidential election for an electoral college class and used interactive maps to teach how votes are distributed. I think being hands-on with a challenging topic like politics is required to captivate younger audiences truly.

For you, what is the true meaning of democracy?

I think “democracy” is a concept that means a lot of different things to a lot of other people. Oftentimes, it can lead to disagreement on how our system works and what it is intended to be.

I’ve long understood that the United States is not a democracy. This is because, in a true democracy, voters would vote directly on policy; whichever side has the most votes would win, leading to the faction’s policies being put into law.  The U.S. is different because we elect our representatives through a series of bureaucratic and heavily regulated means. We live in a republic, not a democracy, and we must accept that the voters do not have the final say in our country – our representatives do.

If you were to speak to one of your favorite presidents, who would it be, and what would you ask them?

This is a tough one. As a politics nerd, I’ve gone through many “phases” and had a lot of favorite presidents. Perhaps, the first individual that comes to mind first is President Franklin Delano Roosevelt, our 32nd president.

If I could speak to him, I’d ask about how he was able to handle some of the most devastating crises our country has ever faced while at the same time facing serious struggles of his own (of course, referring to his battle with polio). I want to know about that balance. I would also genuinely love to know more about his perspective of life as one of history’s most consequential presidents and world leaders. 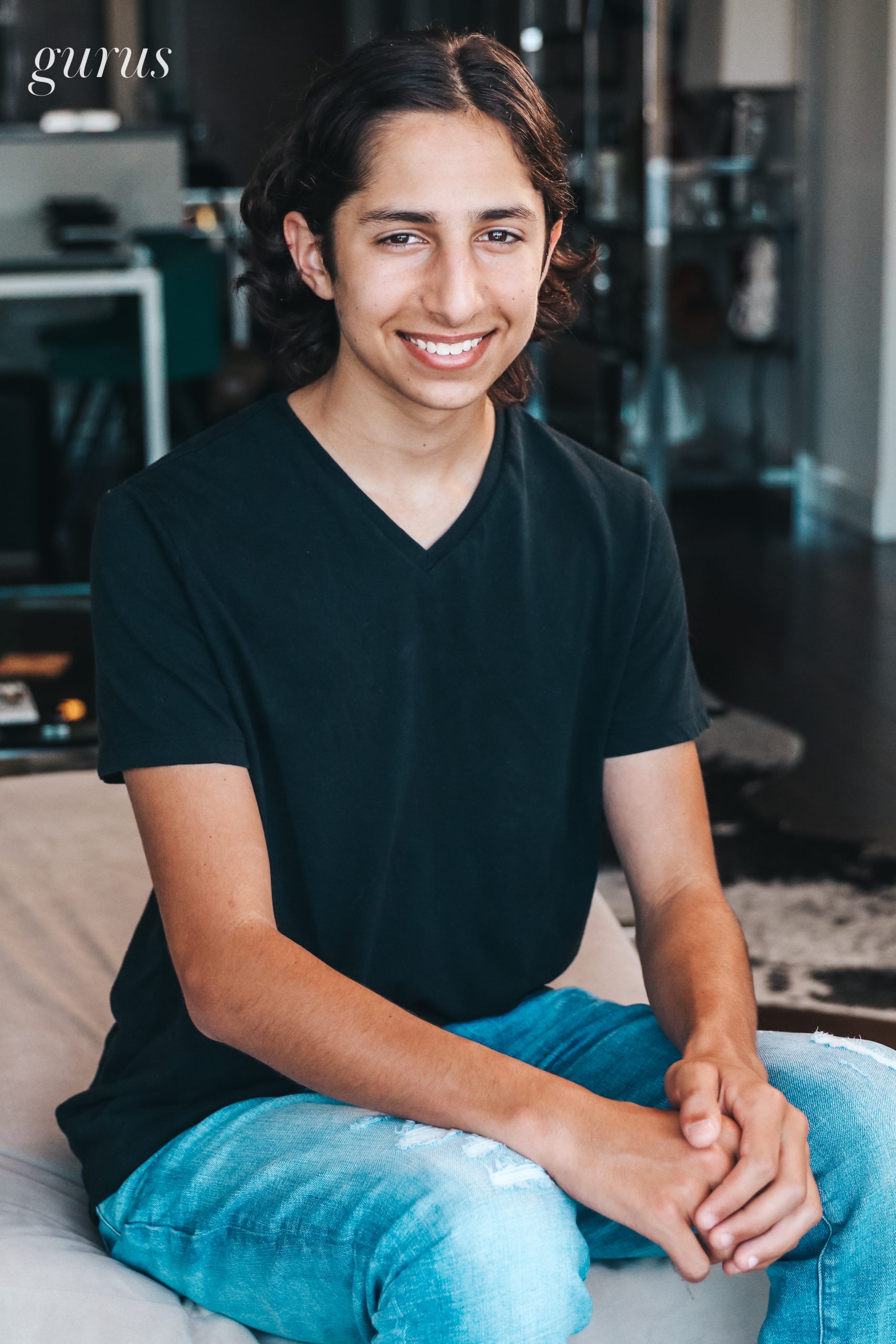 As a young upcoming voice for the new generation of voters, what are your thoughts on the current state of the political system?

Here we go. When I first got into politics, things were not quite as divisive as they are today. The political parties still viciously fought each other back and forth for political influence, but there wasn’t as much personal division. Now, I find that our relationships with others are more deeply affected by politics than before.

Without getting too personal, I don’t think it’s partisan to say that our political system is not ideal at the moment. Last night, I watched a House select committee share more information about the insurrection of rioters that attacked our nation’s Capitol on January 6, 2021.

It’s safe to say that this is not an ordinary occurrence. Violence and infighting like this has never been this evident since the Civil War, and it profoundly frightens me for my generation. The next ones to come along may notice even that some Americans resort to violence in order for their political opinions to be represented. So, it will be thrilling yet nerve-wracking to watch these next few elections unfold in the coming years.

Regarding your favorite topic, when did your interest in political governance start? What is the main goal behind it and how did that shape your founding of the Govlearn initiative?

I’ve always been interested in geography and history, but my specialized interest in U.S. politics bloomed in the spring of 2015 when I first visited Washington, DC. I was in awe of the history and culture of the city, and determined to learn more.

In the summer of 2017, after the presidential election, I discovered a lack of education and information among my peers about our governmental system’s structures. Thus, I sought to create materials to do just that: educate elementary and middle school students about our systems of government and eventually implement such curriculums nationwide. Coming home with a stack of encyclopedias one day, I already knew this subject would be my favorite for the years to come.

What are your thoughts on the significant majority of the youth not choosing to vote due to bi-partisan ideals? And how can Govlearn change that?

I think that our country falters when it comes to our two-party systems. Many seem disillusioned by the binary choice they face at the voting booth. However, voting is one of the most important things adults in this country can do. I strongly implore all individuals of voting age to vote! I think GOVLEARN gives younger people more confidence to vote because they will know more about the processes behind elections and governance.

In the long run, where do you see Govlearn in the future?

GOVLEARN has taken a more creative approach to civics education, from crafting materials and teaching classes. Yet, I believe that in the future, GOVLEARN will be more centered on the policy aspect: implementing civics education nationwide. It will take a lot of work, but I will not stop until our education system properly preps young people for their lives as public citizens.

Lastly, does Govlearn have any exciting projects lined up for the future?

While previously, we have primarily focused on U.S. politics, I am ecstatic to explore international government in upcoming GOVLEARN materials. I am also venturing into new teaching methods, such as podcasting and a revamped mobile app. I am so glad to share more soon!