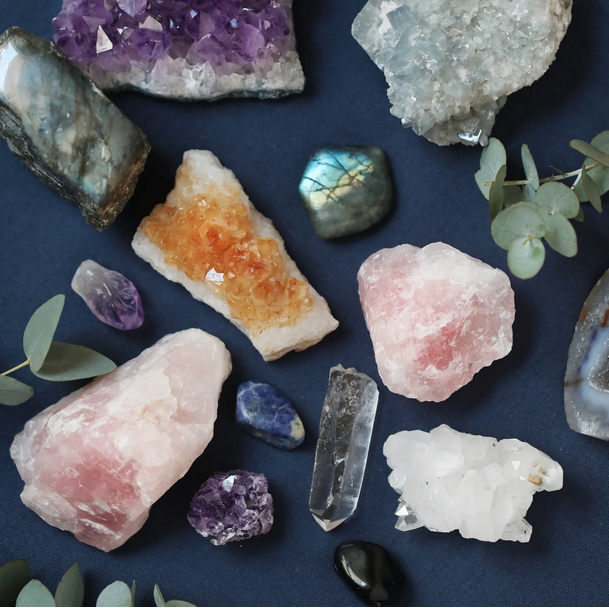 For thousands of years, the power of crystals and gems was always tied in with the mystics. In Ancient Greece, Plato’s utopian city of Atlantis mentioned the usage of crystal healing by its citizens while also having the ability to read minds and transmit thoughts. While the Sumerians used crystals in their magical potions. It was always believed that these magical stones hold power to remove negative, toxic energy by acting as a conduit of transference to practitioners who have it on them. Each crystal is different on its own, holding a particular type of energetical field targeted to give the user its power over time by merging with the human body and its chakras. Over time, crystals can work by uplifting our moods, mind, and overall health considerably. 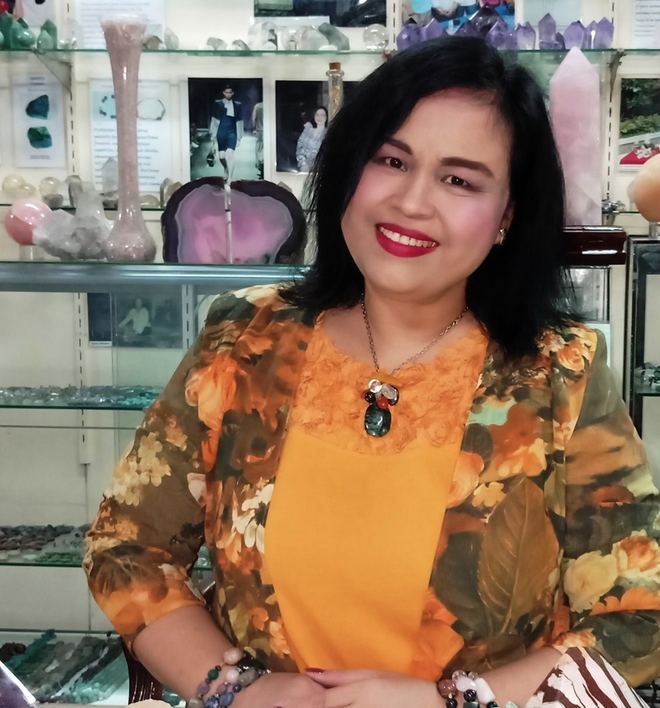 Enter Sylvia Mariano, the purely wonderful and exuberant owner of Minex Crystals, a distinguished genuine crystal and semi-precious stones showroom located in the bustling heart of Old Manila. I had the pleasure of meeting Sylvia with a dear friend of mine, who recently, introduced me to the spiritual world of reiki, energy, manifestation and crystals.

As the ever-curious one, my mind became open to this realm that I had fleeting knowledge about.  Sylvia welcomed us to her shop with beaming energy, which was located in an old house that was surrounded by encroaching buildings and a mall just down the street. The moment that we entered her shop, I stopped in my steps. Every single part of the house was covered in towers and uncut crystals of Rose Quartz, Black Tourmaline, Jade and Agate to name a few. Beatrice and I sat down on either side of Sylvia as she opens the discussion on the power of crystals and how they can also work with the Chinese art of Feng Shui.

That’s how I came to know about “Crystal Feng Shui”  which incorporated layers of Christian beliefs and the power of spirituality. Sylvia began to quote a biblical text from Exodus, 28:15-20 about the breastplate of Aaron, which was a sacred object that was worn by the High Priest of the Israelites in order to communicate with God.
“That one had layers of crystals and stones you won’t believe.” She stated that this piece of armoury had layers of sardius, topaz, ruby, emerald, sapphire, diamond, and onyx encrusted with other stones that were supposed to protect Aaron. 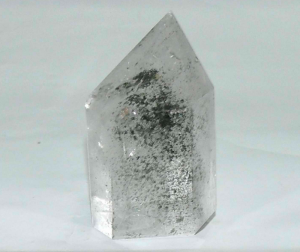 Clear Quartz with flecks of Chlorite 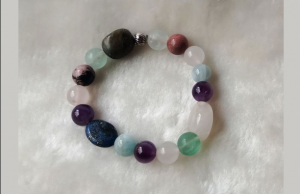 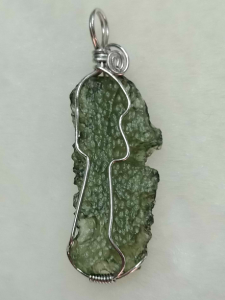 Sylvia further explained how crystals are used for Feng Shui, she laid out the fact that each special crystal would be programmed to protect and provide good energy flow to your home – much like how traditional Feng Shui works but with natural crystal power and spiritual sense. She then decides to give Beatrice and me our Numerology readings, which was the first one I have experienced, despite me having yearly tarot card readings. After giving her reading to Beatrice, she turns to me and says, “after this, you might discover more about yourself and in time, you shall be healed.” 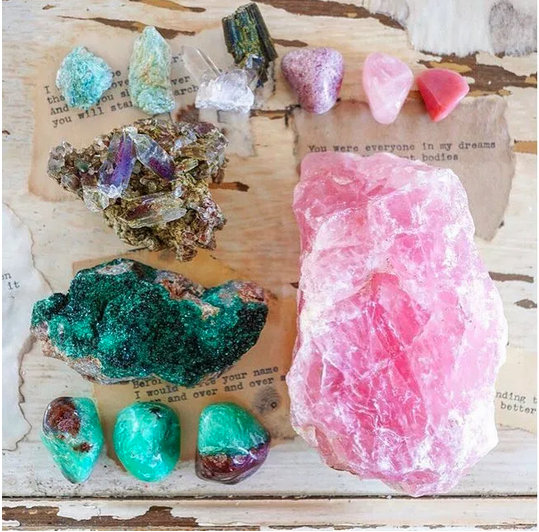 After her reading, Sylvia points out several of her products, one of them is the Minex all-in-one   Crystal bracelet, which is created to fill the missing holes in the person’s overall aura. Since crystals vibrate at the same pitch as humans and maximize the healing abilities we already have. Because of this comforting feeling, when you place a crystal on the body, it helps you connect better and feel at ease. Balancing crystals can balance the misaligned energy levels. 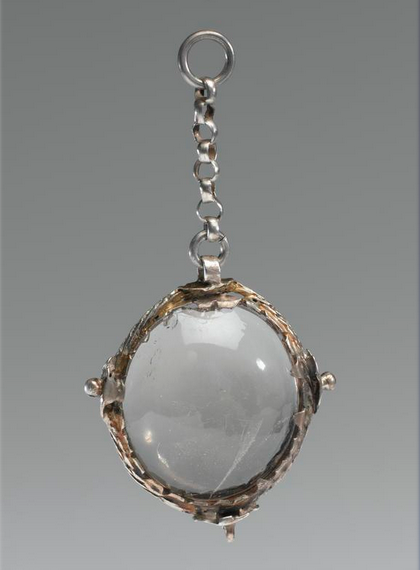 John Dee’s crystal, used for clairvoyance and healing, and supposedly given to him in November 1582 by the angel Uriel

This is why, through different times and cultures, these semi-precious stones stood the test and mettle of time because of what they symbolize for a lot of people. Minex Crystals and Sylvia Mariano are an institution to behold for all new practitioners with open hearts, and growing minds.