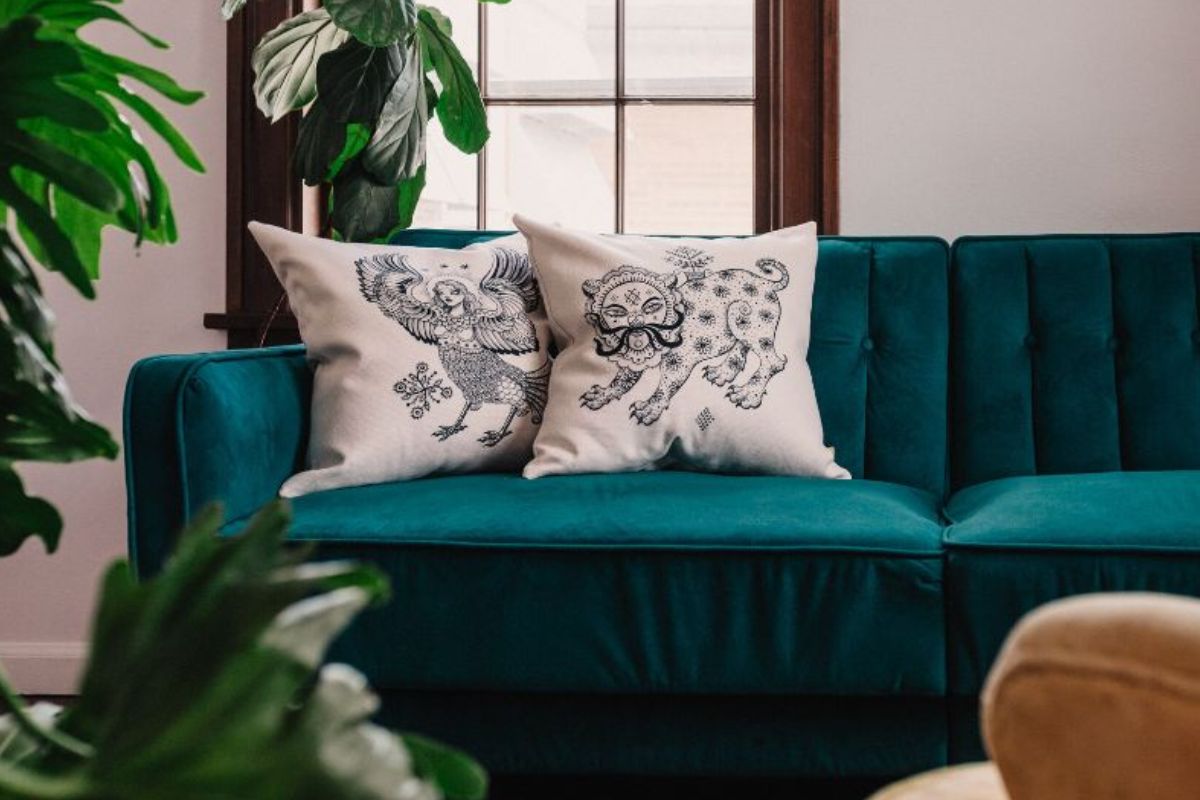 In collaboration with Ukrainian artist, Anka Lavriv, Western Sensibility has launched two pillows with 100% of proceeds benefiting Ukrainian aid relief efforts.
Anka Lavriv is known for her intricate illustrations and tattoos that were inspired by the mystic arts, Ukrainian heritage, and femininity. This eventually led to a collaboration with Western Sensibility, a Montana – based textile studio that creates sustainable life textiles. She collaborated with them in designing two pillows “Lev and Lybid” that draw inspiration from distinctly-Ukrainian patterns and themes of the region while celebrating Ukraine’s strength and resilience. While both pillows are inspired by Slavic Lore, the core inspiration behind each design is focused on different aspects; Lev is an ode to the prolific Ukrainian artist, Mariya Prymachenko (many of whose great works have been lost in the ongoing war), 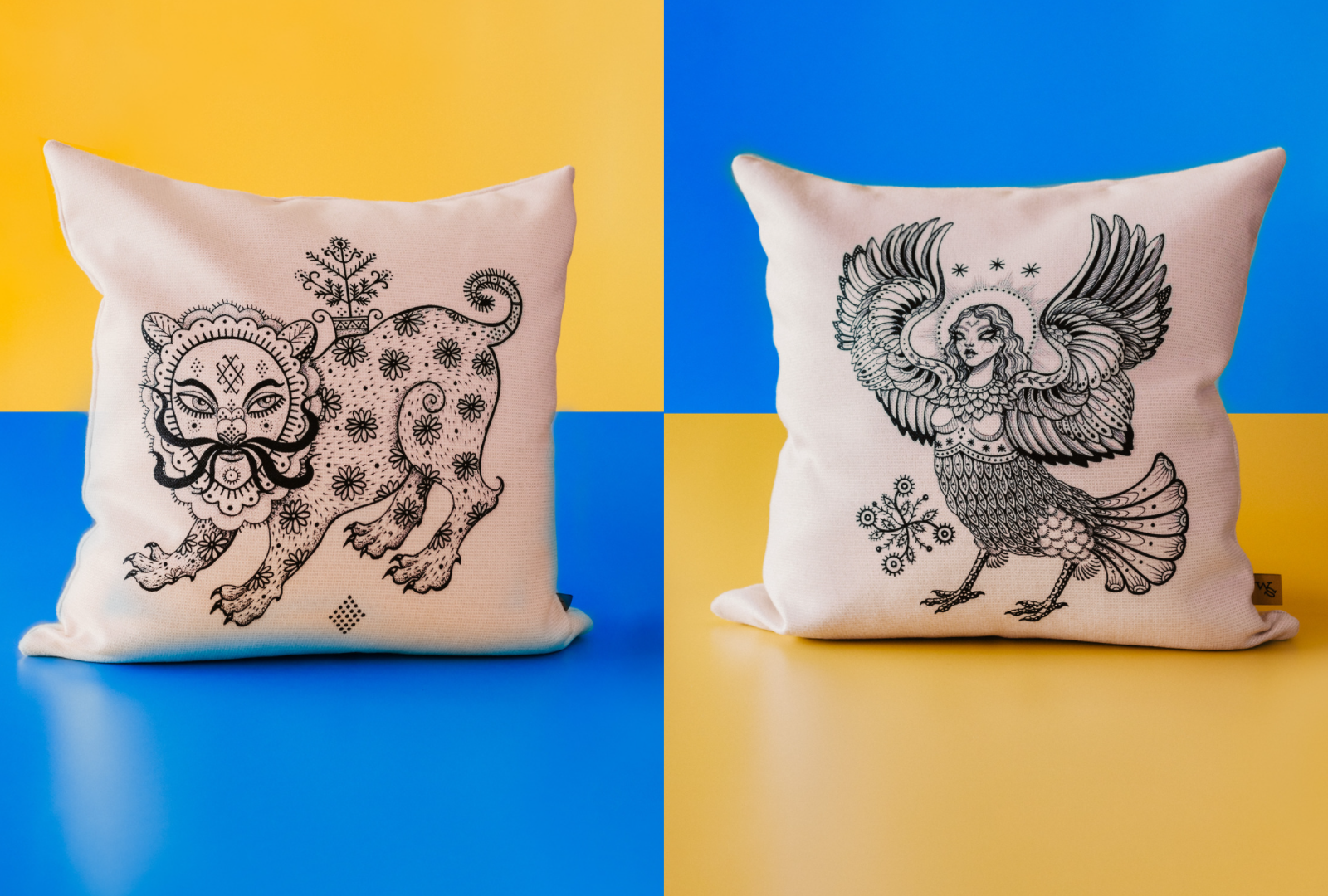 While Lybid came about because Lavriv has always been inspired by female birds depicted in Slavic folklore, and sees “them as a symbol of resistance and rebirth. It’s believed that these women birds bring the traditional Ukrainian pysanka painted eggs to heaven as prayers and to me Lybid represents hope for Ukraine’s future.” 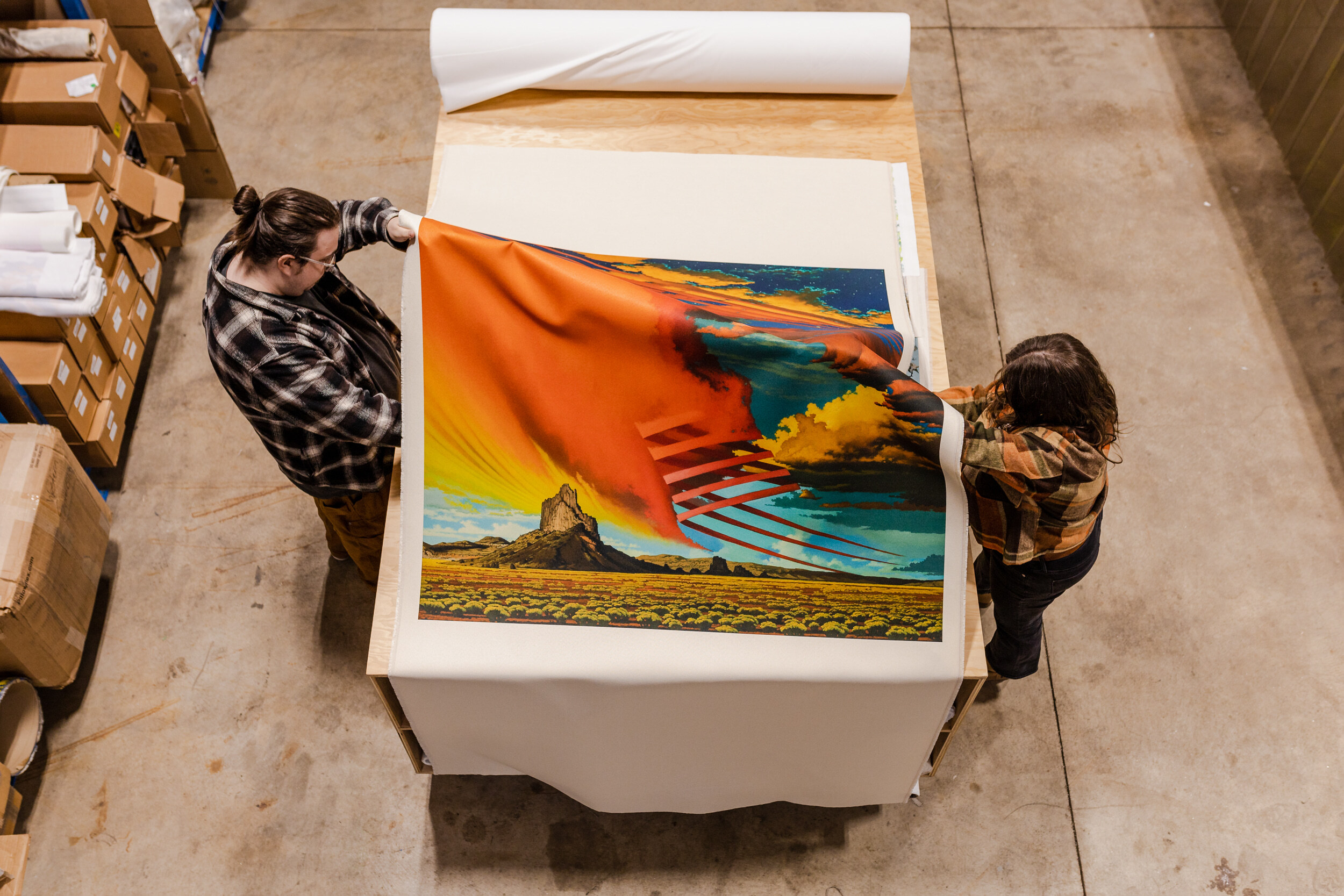 On the collaboration, Lavriv says“Some people think of folk art as being primitive but I’ve always been drawn to the raw imagination, honesty and directness of the image because it bypasses overthinking or intellectualizing and takes you to the emotion.” The Lev and Lybid pillows are printed on Western Sensibility’s Two-Tone Square Weave textile as a homage to the ornate cross-stitch and embroidery traditions of Ukraine. 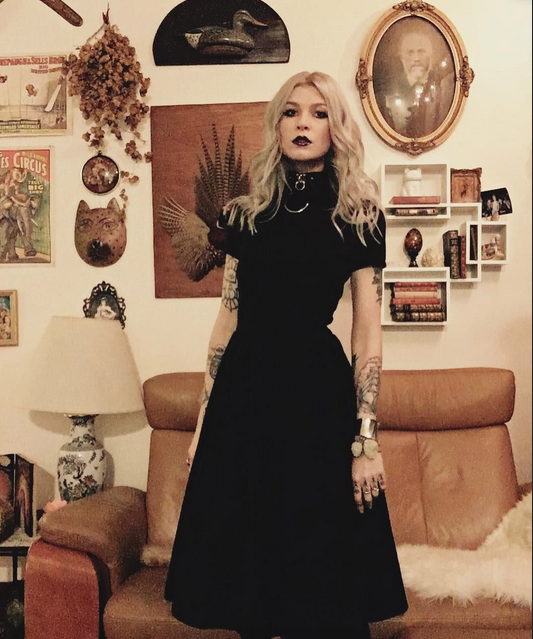 Western Sensibility’s Two-Tone Square Weave features the brand’s signature life-friendly technology with a stain and soil-release finish. It’s Western Sensibility’s goal to raise relief funds for the ongoing war in Ukraine, as well as give voice to the dynamic culture of Ukrainian art and craft. Proceeds will be donated to Kharkiv Help and the Ivan Honchar Museum, which is now focused on a concerted effort to collect and safeguard historical and cultural Ukrainian artworks. Many museums in Ukraine have been destroyed and artworks lost due to the ongoing war. The Ivan Honchar Museum staff are working with international organizations in their effort to maintain what is still left and safeguard Ukrainian’s rich cultural history.