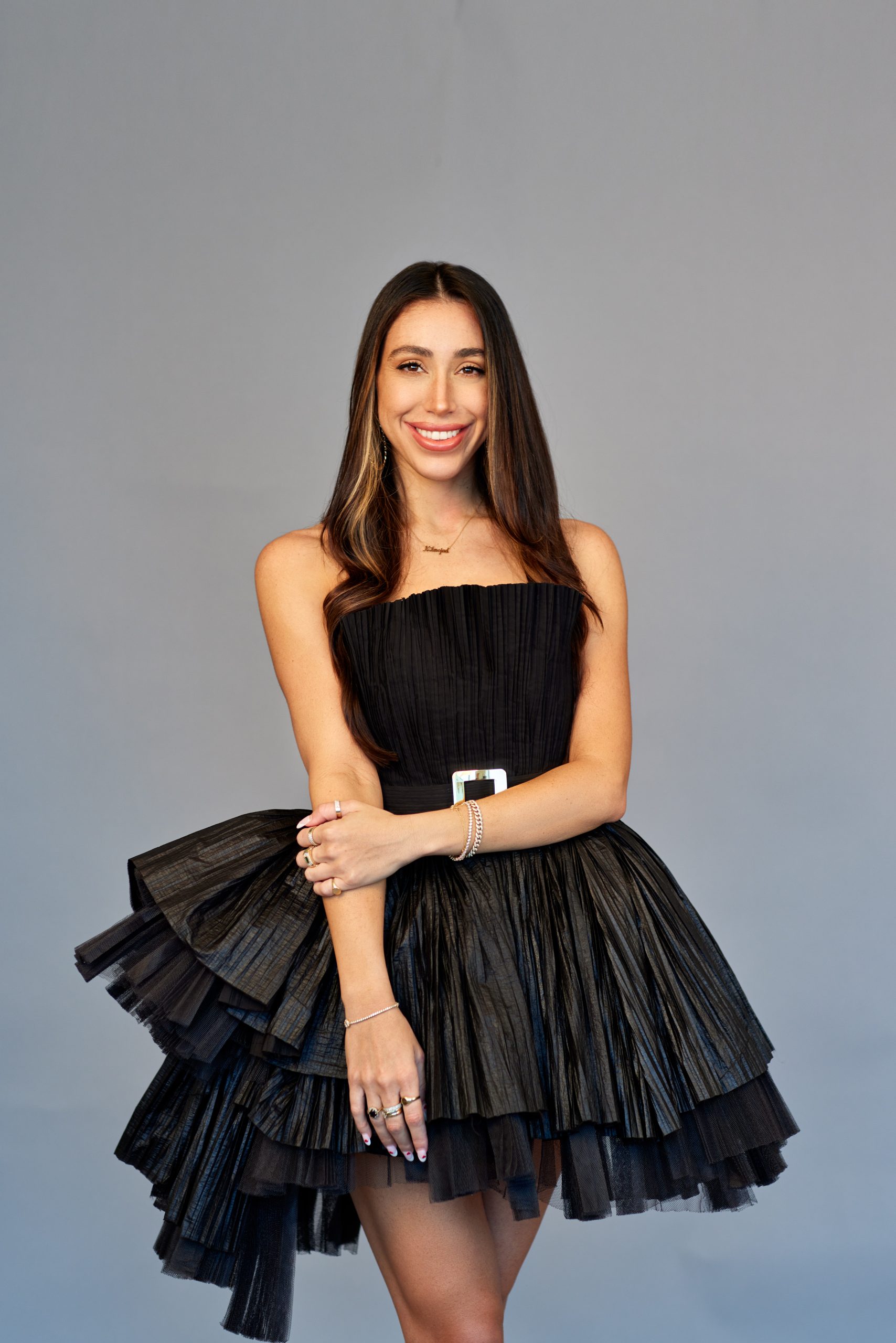 In the world of social media, it’s always a mind-boggling achievement to be seen  — but the big majority strive for this by working things out independently, whether it’s driving up traffic on youtube with all sorts of content or making a daily vlog. But there are the few that cracked the code to make a million dollars a day. There’s Tara Electra, the influencer – entrepreneur behind one of the leading modelling and influencer agencies in not just Los Angeles but the world, Unruly Agency.

Along with her business partner Nicki Gathrite, they were able to create a lucrative formula that works in monetizing one of the biggest marketing assets out there — influencers. Their roster alone has one of the biggest names in the social media world.

Gurus Magazine sits down with Tara as we get her thoughts on her newest projects, Unruly, and Roll. 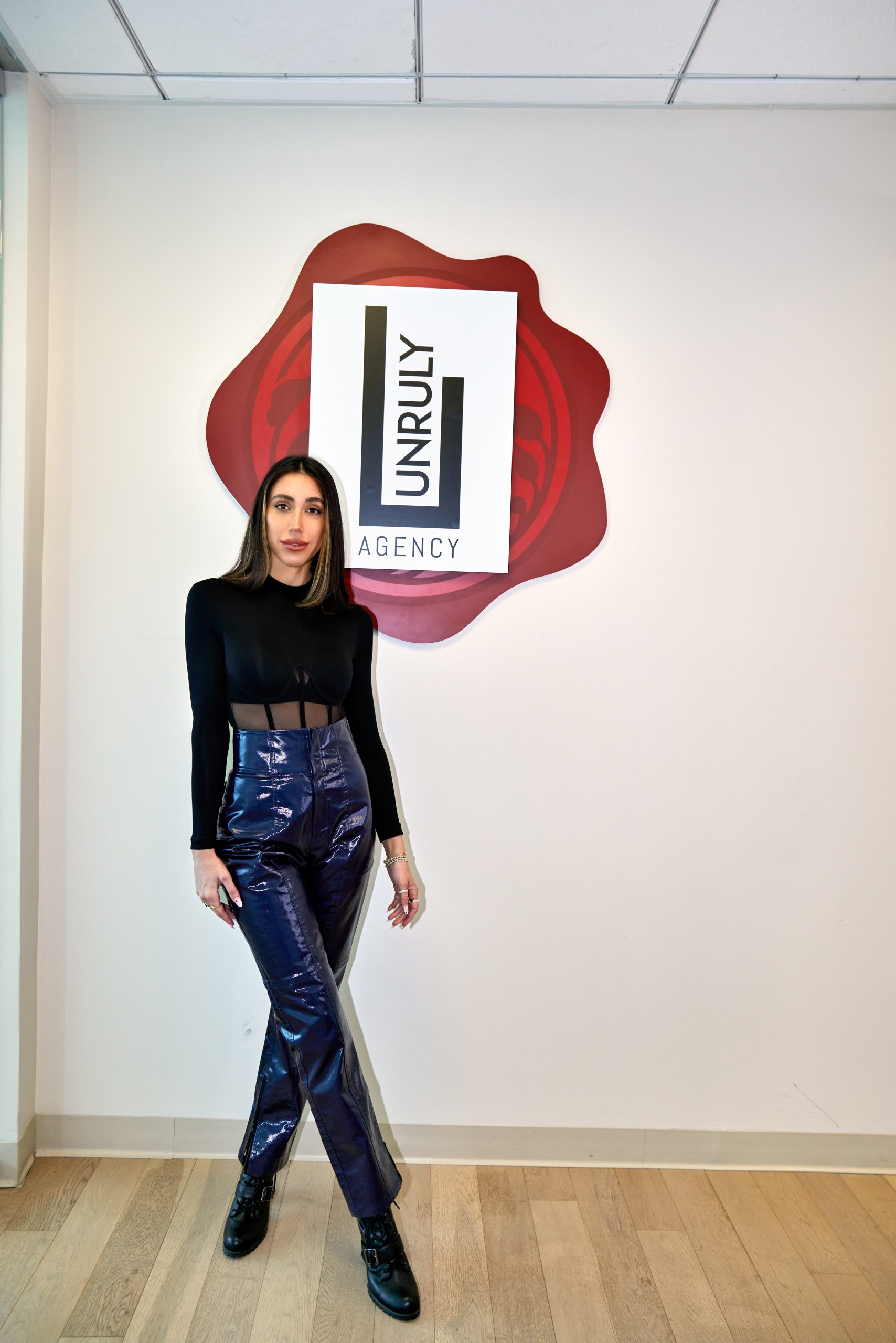 Gurus: Tell us a little about yourself?

My name is Tara Electra and I was born and raised in Los Angeles. I’m the CEO and Co-Founder of LA’s leading model and influencer firm, Unruly Agency. We represent over 100 models and influencers with a combined reach of more than 500 million consumers worldwide. Top clients on our roster include Tana Mongeau (5.7M), Harry Jowsey (4M), Charly Jordan (4.8M), Kelsey Calemine (2.8M), Gabby Epstein (2.7M) and Abby Rao (2.3M).

Growing up in the digital age during the rise of the social media phenomenon,  my intrigue with the ever-evolving cyber network alongside my competitive spirit lead me to a path to explore innovative ways to monetize one’s presence on social media.

From there, I founded my first company Electric Mind which mobilized in the festival realm around events surrounding Rolling Loud, Hard Summer and various Coachella activations. After making my rounds in the circuit, I ventured into sponsorship opportunities by collaborating with brands to integrate their products into the festival experience. With the rise of paywall subscriptions such as Twitch and Patreon starting to gain more traction, we identified it as the perfect method for influencers to monetize through connecting with their fans on a deeper level, thereupon, Unruly Agency was born.

Gurus: Everyone’s story on how they broke into the industry is always so fascinating to me, tell us how you got your start?

I have always been fascinated by the internet, even back when Myspace was a thing. I realized one day after accepting that I’m addicted to social media (like a lot of people) that if I’m going to allow myself to be on my phone this much, then I better make a career doing what I love. That is when a light went off and I started to dig into ways to monetize on the internet.

When the idea of a “social media influencer” first became popular I realized that is where I could really shine. I’m great at networking and making relationships so I realized in order to capitalize on my network and make money through various social media apps.

The bridge I was trying to connect is to figure out what it is that talent needs to do to make money partnering with brands. As social platforms head into the future, the way to monetize on social media will continually evolve with an unlimited number of ways to profit off social media. My prediction is it will continue to grow and gain more notoriety and respect. 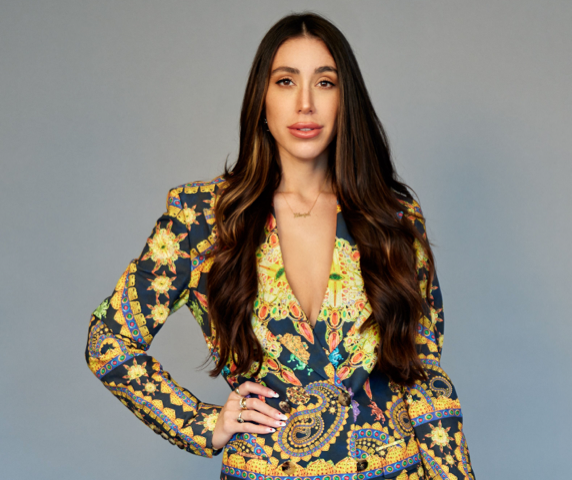 Gurus: How did the Unruly Agency come to be?

I always hoped and stayed true to my belief that one of my businesses would boom and from there I could then be in a place to build everything I dreamt of. I’ve always had a hunch that social media would be on the rise and an important contributing factor within our industry. I believe Unruly was years of “preparation meeting opportunity” to quote Oprah “I believe luck is preparation meeting opportunity.”

Gurus: Tell us about your role as CEO of the agency – how many models and influencers are you currently working with?

My role as a CEO is very different than you would think it should look like, traditionally. I’m very big on changing the way people look at things and the traditional route to success in life. I show up to work most days in sweats, I don’t hire employees based on their resumes or if they went to college but by their true passion and drive to be their best. I decided to stay the person I was all along and show that’s okay. I work with over 100 influencers on our roster, most of whom are my friends that I’ve worked with throughout my career. I like to say we have a deeper bond and trust with our clients and they know we have their backs in this industry. Building a team that you can trust is the most important thing in life to get to the next level in your career.

Gurus: The power of social media – what is the secret sauce to monetizing your presence on social channels?

Being real is the monetization point for influencers. I have to admit it’s even hard for me to showcase enough of my real life and authentic self through my social channels.  I understand why so much talent hesitates to be authentic on social media. It’s hard to not fit into the mold that’s already accepted by society on the internet.

But I always push my talent every day to be the person I see when I sit with them in a room when there are no cameras. I push them to realize that being the same as everyone else is not what’s going to make them stand out on social media and is not what is going to build them a “superfan base” that will actually support them in building their brand.  The first thing I do when I’m sitting with a new client is to hear where they see themselves in the future and discuss what issues are stopping them from getting there. I push them to showcase those struggles or experiences on their social media so their fans can make an emotional connection, showing them on their journey and wanting to support them. 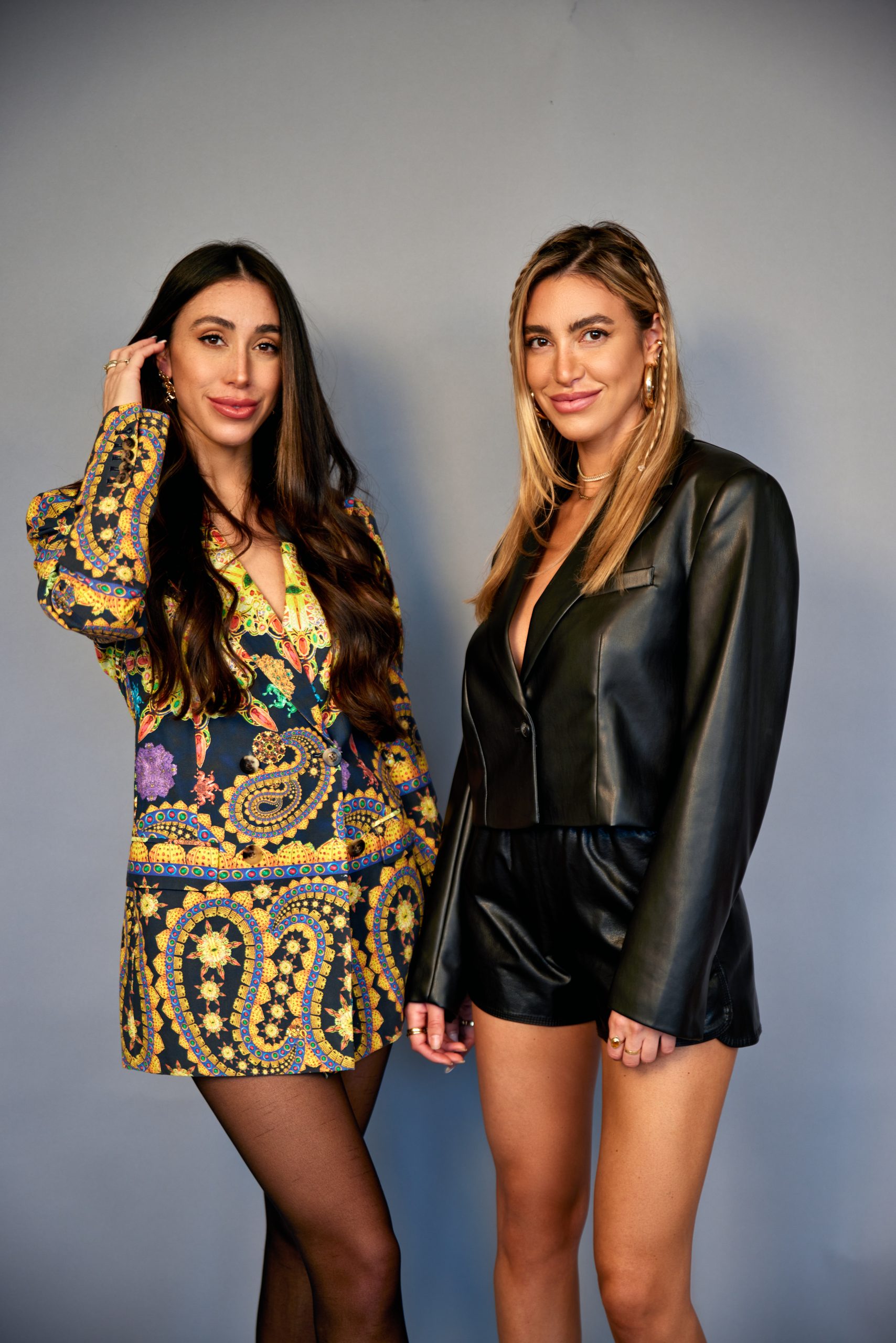 Gurus: How has the market shifted in the digital industry with influencer marketing campaigns?

I think that Netflix showed everyone that monetizing the content instead of ads was the future of all the social platforms, they showed that their online presence was valuable enough. I think users got so sick of watching ads every 2 seconds on their TVs so it only makes sense that they also got tired of seeing it from their favorite social media creators. It became very clear to me that the internet was changing rapidly which struck up the question “how do you monetize?” I can honestly say that every creator will have some sort of content paywall as one of their main sources of revenue.

Gurus: Congratulations on becoming one of the founding members of Roll. Can you provide us with more information on the app – what can users expect from this new digital platform? How did your partnership with Erik Zamudio come about?

Roll is a new creator-focused platform for Celebrities, Musicians, Influencers, Tiktok Stars, Artists, Comedians and more. It shows the authentic and unedited version of your creators’ everyday life. It’s the studio sessions of your artist showing their creative process in creating their song, it’s the journal entries of your celebrities’ stories, and it’s the training sessions of your favorite athletes. Roll was designed as a safe place for your favourite creator to open up and show what really goes on in their life.

Gurus: We read that the new app aims at reducing pressure for female creators. Can you explain in further detail on this?

As we all know Onlyfans is one of the biggest platforms for influencers to monetize and as I believe the platform is changing its stigma every day from being looked at as just “sexual content” I do see that many talents I work with still doesn’t monetize the same way as a female would on the platform due to that stigma. So that is why I love Roll is creating a place for every creator to monetize without it having to be sexualized.

Gurus: What’s next for Tara Electra?

I will continue to build the next generation of social media opportunities for talent. I am constantly building a community through my businesses that give talent the resources to be successful and grow their career. I am also putting together a podcast where I bring you inside the real lives of the entertainment industry, the struggles for talent and give listeners the inside world of how they monetize in each one of their niches. I hope this podcast can be a place for so many people that are fascinated by where social media is going as well as what today’s biggest creators are doing next.